The Site where teachers, students and Parents meet.

Students are used to work mathematics in a class room. Sometimes they dream about not having any more mathematical problems to solve. Yet in the past days, both Year 9 and Year 10 were taken outside the class room to see mathematics in everyday life. All students enjoyed their outing and did participate to work with numbers!

Form 3 students took part in a Maths Trail at Mdina. They worked in teams to solve clues related to mathematics. More photos at this link.

Form 4 students took part in an activity at Esplora.  Students explored many of the exhibits on display and they had to complete several tasks related to Mathematics. They also took part in a very informative and hands on workshop entitled “The Science of You”. More photos at this link.

Two form 3 students Aidan Aquilina and Kurt Vella, along with Ms. Lia, took part in the Annual Maths Venture organised by the Department of Curriculum Management and the Vittoriosa Local Council. Working in teams, the students had to solve clues around Vittoriosa to work out tasks related to Mathematics. 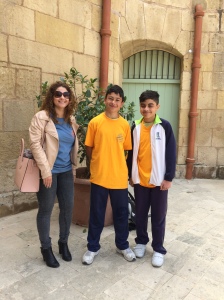 A group of teachers donated blood on Thursday 18th May. It was a wonderful gesture in order to give life to others. It’s a good lesson for all students in order to be generous. Giving blood will indirectly give a glimpse of one’s life style. Regular exercises and eating healthy makes our blood healthier.

Some people are blessed with a healthy life. Others depend on people who donate blood. Blood cannot be bought from a shop. Blood donating is a very simple procedure which is not painful at all. The professional people present in the Blood Bank, make one’s visit memorable as they treat one as a queen or king. At the end one is treated with a free lunch and drink.

Ten students from 9.8 participated in a competition called “Italian Geographic Show” during Italy’s Liberation Day (25th of April). They were aptly guided by Ms Cynthia Xuereb and Ms Michelle Said.

Students were thrilled about it. They were justly rewarded with a colourful Certificate, a picture collage and a small party at school where the mouth watering cannoli were immediately gulped down!! 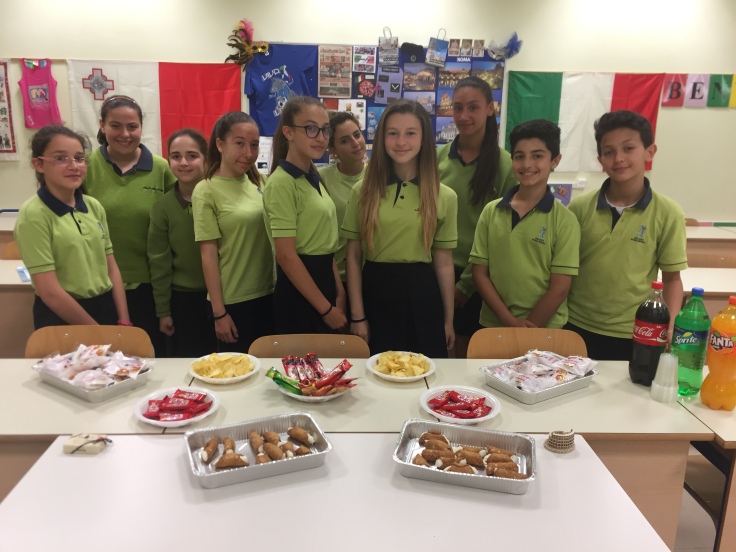 An online school transport application is being introduced so as to book school transport for scholastic year 2017/2018. To fill the application form, you, the parent//legal guardian of the student need to access the ilearn website on www.ilearn.edu.mt and log in to the student’s account by entering the student’s ilearn email as username and his/her password.In case of difficulties regarding username or password, please check with our Assistant Headmaster Mr. Cachia.

Kindly look up and click for the School Transport icon (see pdf document) on ilearn and follow the instructions. Please note that the application form should be submitted by not later than Wednesday, 31st May 2017.

Many readers have asked for a timetable for the coming exams. Well we are publishing the official one issued by the Department of Education in a draft form. Please note that in our school we don’t have CCP. If you wish to download the draft timetable, here is the link.

Please remember to revise what you did in class, HWs and during reading/experimenting at home. Students are to follow a list of subjects to revise according to what they had done earlier in class. Last minute studying won’t solve problems but rather complicate matters. If you wish to work out some past exam papers, the link is here.

Some tips for students:

Last Thursday, 27th of April, our students have performed a spectacle-concert called ‘Come what may’ in front of teachers, parents, students………It’s Paris in 1899. Christian, a young English poet, comes to the city to pursue a penniless career as a writer. However, he soon meets a group of Bohemians who tell him that he should write a musical show for them to be performed at Le Moulin, the most famous theatre in Paris.

The night they arrive, Christian meets Satine, the most beautiful and talented dancer at the theatre. He falls head-over-heels in love with her and though it takes a bit of convincing, she falls for him as well.

Meanwhile, Le Moulin’s owner, Harold Zidler, invests in a wealthy Duke to help pay for the theatre, however, the Duke will only pay if Satine falls in love with him. In the midst of this crazy love triangle, little does Satine know that she has a deadly secret that could end everything. If you want to see a behind the scenes video, just click here. The video was done by Shannon Debono and Marietta Galea, both from Year 10.8. Photos are found here. 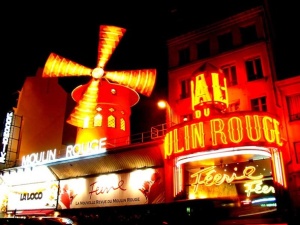